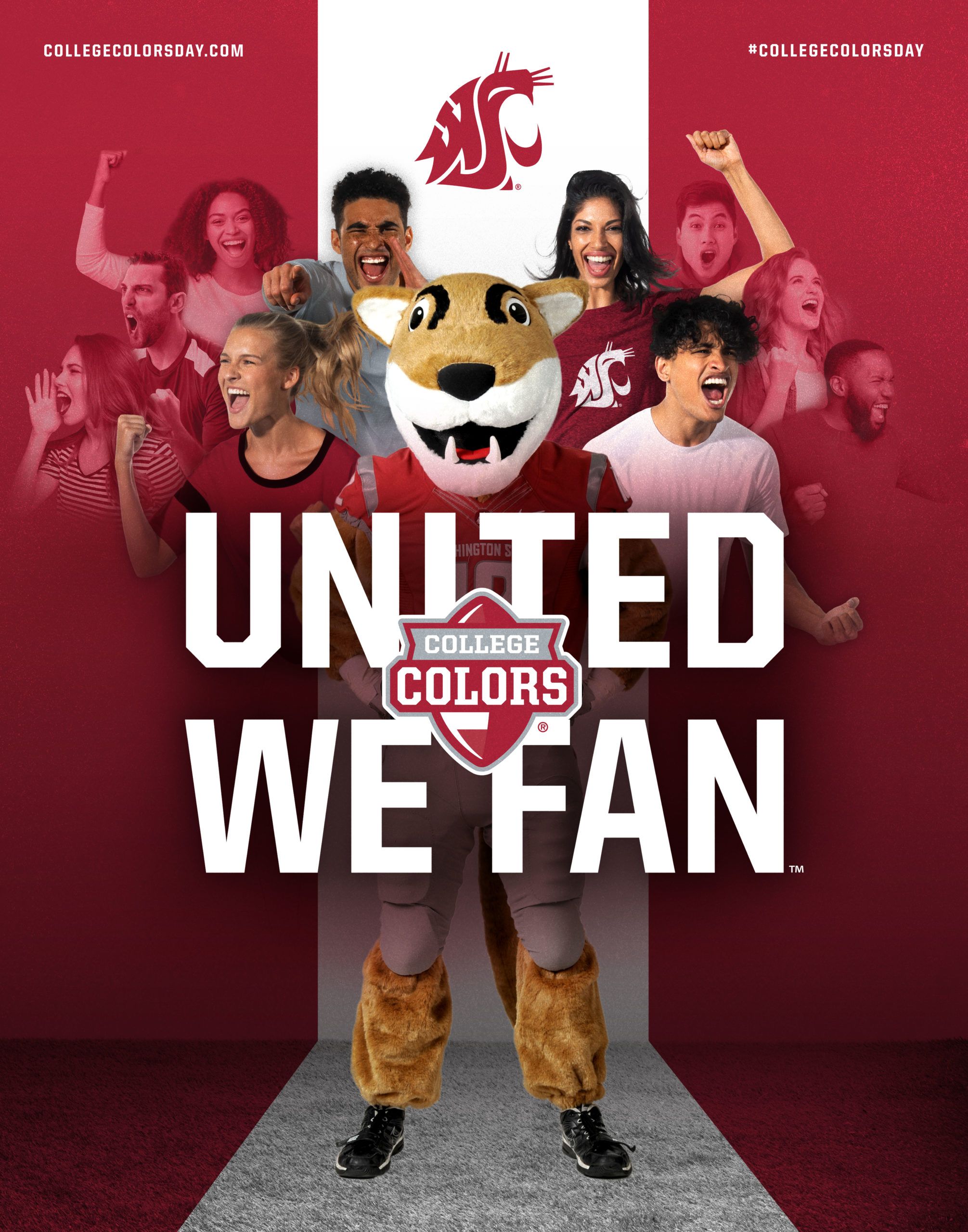 The Trademark Licensing office in Pullman coordinates and reviews requests to apply the University’s identity to products. Revenues generated through the sales of licensed merchandise support Washington State University programs and services.

Any mark, logo, symbol, artwork, nickname, letter(s), word(s), or combination of these that can be associated with the University qualifies as a trademark. A list of many, but not all, of the WSU trademarks are located here.

Anyone who plans to apply the marks, logos, artwork, or symbols of Washington State University to any product or if one plans to use the marks to promote a product or service must obtain a license from the WSU Trademark Licensing office. Failure to obtain a license or approval is grounds for the seizure of all non-approved merchandise bearing the University’s marks.

IMPORTANT: Criminal penalties for misuse of trademarks are provided for in Washington RCW 9.16.035 and may range from a misdemeanor to a Class C felony.

A wide range of products incorporate the WSU identity. The University regularly receives proposals for incorporating its identity on new products. Those proposals are reviewed and then approved or rejected by the Trademark Licensing office. This ensures that all products associated with the University are of high quality and represent WSU’s brand image appropriately.

Students, departments and alumni groups that would like to develop artwork for apparel or other memorabilia are required to use a WSU-licensed vendor. These vendors are familiar with the licensing process and are responsible for knowing the rules about using University names and artwork, thereby saving everyone time and effort. For a list of approved vendors, click here.  For further information pertaining to fundraising, email logolicensing@wsu.edu

For more information about the University’s trademark licensing program, contact:

There are close to 350 licensees. It is typically much easier to work with an established University licensee than to try and license a new product or idea.  A list of current approved licensees is available here. WSU and CLC can provide you with information on products produced by all licensees so you can match your needs with the best company. To search for licensed Washington State University products, use the CLC Search.

The “Officially Licensed Collegiate Products” hologram label identifies merchandise that has passed the standards of quality set forth by WSU and ensures that a portion is returned to Washington State University.

The Collegiate Licensing Company (CLC) is the licensing agency hired by Washington State University to assist in administering the licensing program, including processing applications, collecting royalties, assistance in enforcing trademarks, and helping to pursue new market opportunities for the University. Art approvals and requests are filtered through WSU’s Trademark office for review and final decisions.

Every use of WSU’s trademarks requires permission from the Trademark Licensing office. The Internet has made it easy for alumni, fans, and supporters to build web pages featuring the University’s name and logos, and Washington State appreciates this support. However, federal trademark laws require that the University control its name and marks; therefore, WSU must be very selective in granting use permission in these and all instances.

Retailers work with a group of vendors to bring new products to market each year.
For more information about retailers’ wholesale buying practices, e-mail logolicensing@wsu.edu.

Anyone who wishes to produce merchandise must submit a license application. This application informs WSU about how its marks will be used, what type of product the applicant makes, how the University is going to be represented, etc. For more details about these issues, visit Info and Application Process.

The Washington State University Cougar-head logo is as distinguishable as its history. It was created by art student Randall Johnson in 1936. Read the history here.

Yes., our Fight song and Alma Matter song are trademarked.

Listen to the fight song

Yes. Butch is trademarked with Washington State University. Following is a little history.

In 1927, Governor Roland Hartley presented a cougar cub to the students of Washington State. This first cougar mascot was named Butch in honor of Herbert “Butch” Meeker of Spokane, who was WSU’s football star at the time.

Governor Clarence D. Martin presented Butch II to the student body in 1938. Butch III and IV were twin cubs presented by Governor Arthur B. Langlie in January 1942. Governor Langlie also presented Butch V in 1955. Butch VI, the last live mascot on campus, died in the summer of 1978. Governor Albert Rosellini had presented him to Washington State University in 1964 from the Seattle Zoo.

The Butch T. Cougar mascot program is a student program run by the WSU Spirit Squads as part of the WSU Athletics Department in Pullman, WA.

National College Colors Day is an annual celebration dedicated to promoting the traditions and spirit that make the college experience great by encouraging people across America to wear apparel of their favorite college or university throughout the day. The College Licensing Company founded College Colors Day in 2004. It is traditionally the Friday before Labor Day.

Wear your college colors; share your stories. Use #CollegeColorsDay to post on social media and spread the word.

In the United States, it is not required to register marks to obtain protectable rights. You can establish “common law” rights in a geographic area for a mark based solely on the use of the mark in connection with goods, or displaying the mark in the sale or advertising of services. The best way to protect a trademark is to ensure its use consistently and for a long period of time. Trademark protection begins with disciplined use rather than upon registration. Further protection can also be obtained through registering a mark with the State of Washington in order to protect the mark for its intended use. In exceptional circumstances, it may be necessary to seek Federal Registration with the United States Patent and Trademark Office. Please answer the following questions before contacting the Trademark Licensing office at logolicensing@wsu.edu.

If a department/program decides a trademark is needed:

There are no guarantees when applying for a trademark. It is possible to spend a couple thousand dollars and still not end up with a registration.