The Washington State University Cougar-head logo is as distinguishable as its history. Its creation by art student Randall Johnson in 1936, marks an important time in the institution’s history as a growing and vital resource for education, research—and sports.

In 1936, when Washington State College boasted a real live cougar mascot named Butch, Johnson remembers the sleek cat as having a personality that commanded respect. “Whenever I went by and found him outside, I stopped for a visit,” said Johnson. “Those mental images helped me on many pieces of WSU artwork over the years.”

Needing money for tuition, Johnson worked during the summers as an artist, producing window displays, signs, and illustrations. Having learned the art of lettering in high school, he was able to produce interesting signage around campus. In the summer of 1936, he was hired by sign painter Fred Rounds who was head of the Department of Buildings and Grounds, to produce signage for classrooms and offices. His wages were $.30 per hour.

One morning after discussing some jobs, Rounds said to Johnson, “what this place needs is some kind of trademark.” After brainstorming, the two decided that the trademark needed to be pictorial and also include the initials WSC, representing Washington State College. Both liked the idea of using the cougar if possible.

“After a night or two at the drawing board, I came up with an arrangement shaped like a cougar head with an open-mouthed, snarling C,” said Johnson. “Fitting the letters together effectively wasn’t easy, and when I unveiled it to Rounds the next morning it was with nervous doubt.”

After a few minutes of discussion, Rounds said, “Let’s show it to the president.” President Holland was on sabbatical at the time, so the two showed the drawing to Dean Herbert Kimbrough, who was acting President. He looked it over, smiled, and said, “Go ahead, we’ll make it official.” Once approved by college administration, its first use was on the door of a new college truck.

In 1959, when the college became a university, Johnson revised the logo at the request of President C. Clement French. The “C” on the logo became a “U.” In that year, for a token $1, Johnson signed over creative rights for the Cougar-head logo to the university.

In 2000, WSU created a new graphic identity that includes an academic signature with the Cougar-head logo within a crest—an internationally recognized symbol for higher education. The freestanding Cougar-head logo is still used by WSU Athletics and the University’s Office of Alumni Relations.

After completing his degree in fine arts in 1938, Johnson went on to become advertising director for the Washington Water Power Co. He held the position for 38 years, with time out for military service during World War II. He retired in 1978. Over his life, Johnson, who always said he was “proud to be a Cougar,” received a variety of honors. He and his wife, Jeanne, a 1941 WSU graduate, became WSU Benefactors in 1997.

Johnson passed away in 2007 at the age of 91, but the unique and distinguished Cougar-head logo remains a vital part of Washington State University’s identity. 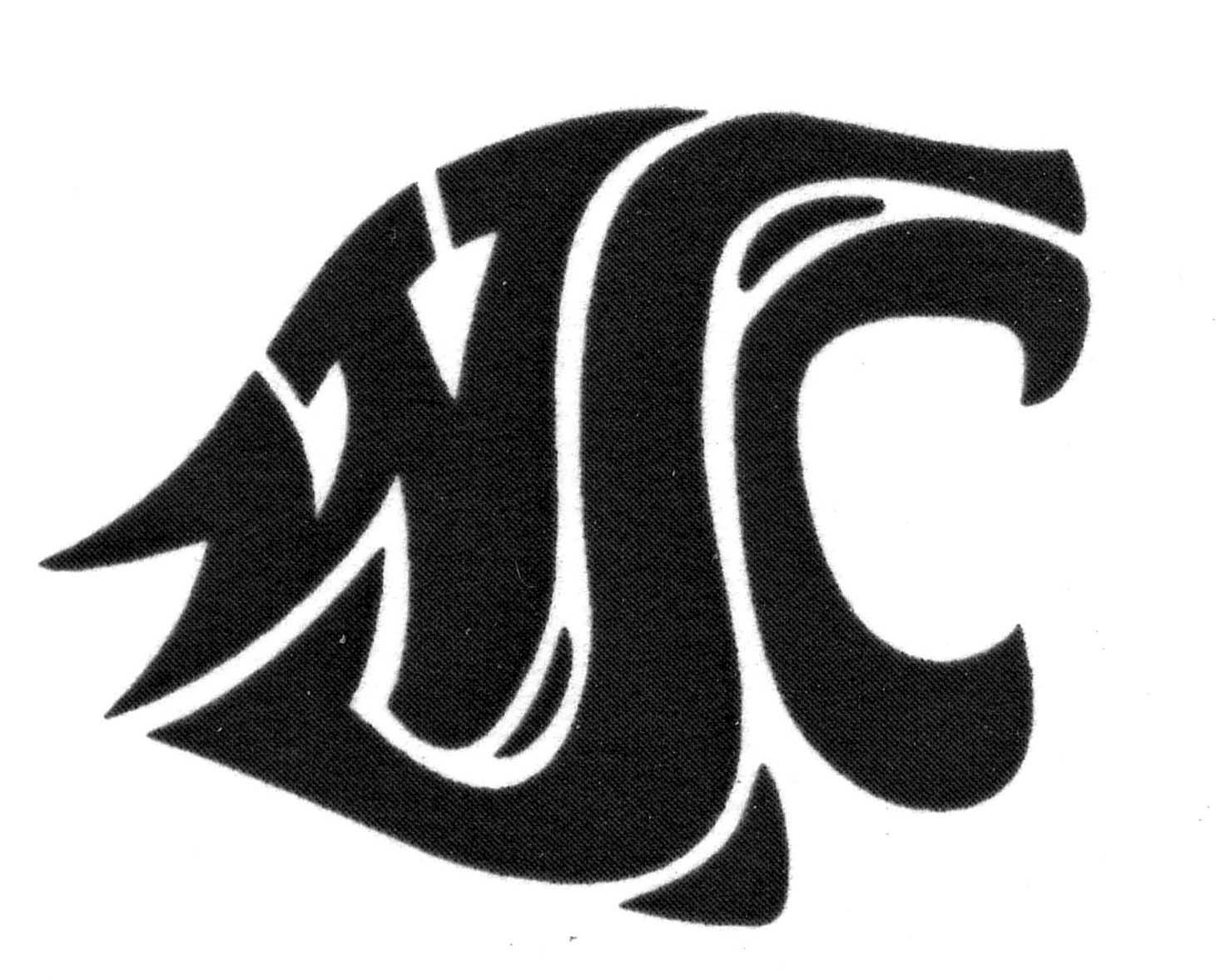 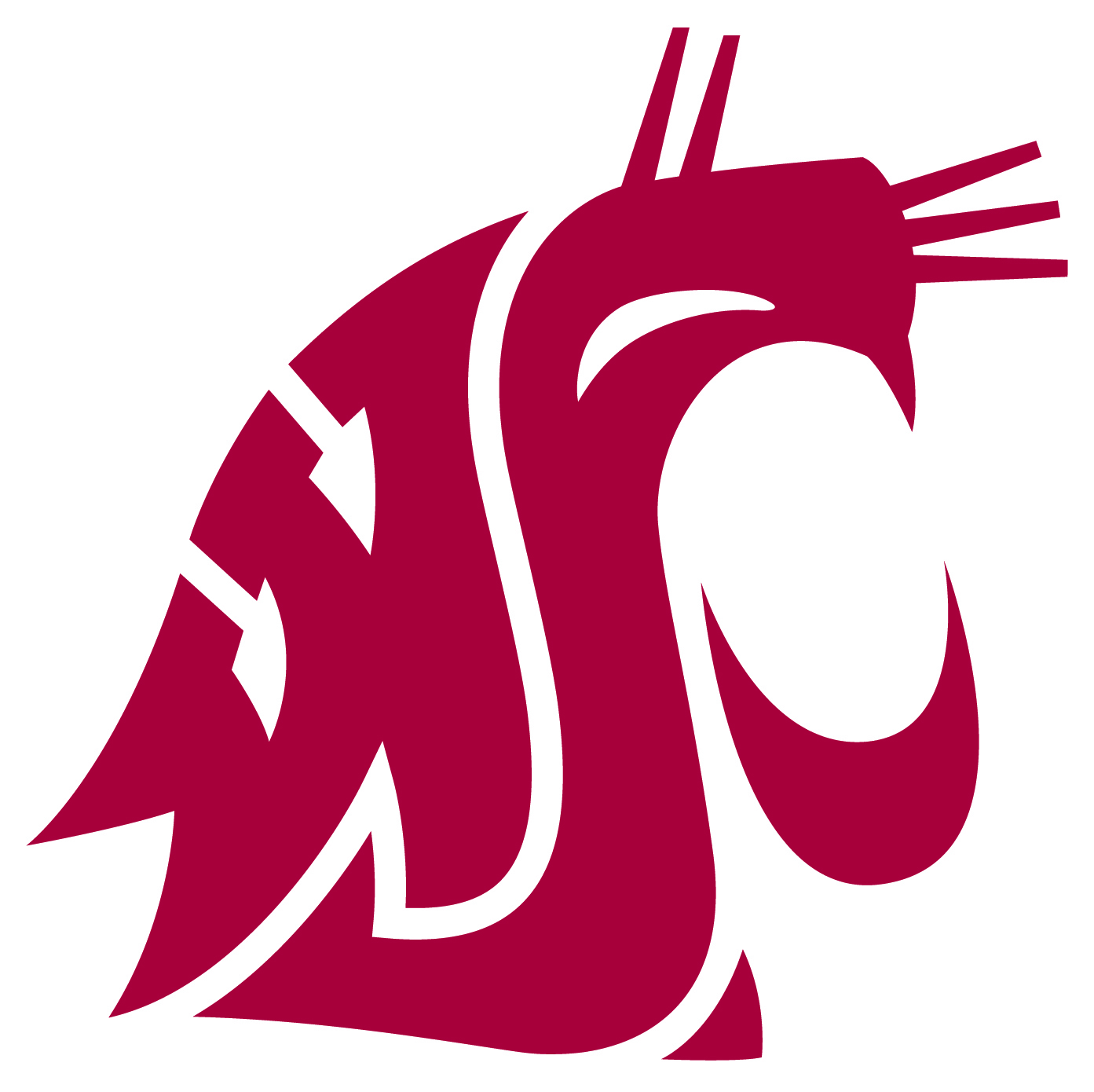 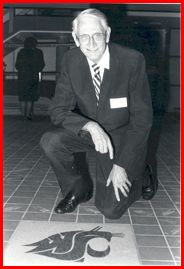